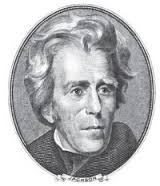 Have you ever heard somebody who isn’t Johnny Cash try to sing Johnny Cash?  You know how no matter how good they might be, it just sounds wrong?  Well, that was my meatloaf experience today.  I like mine better.  Because mine was my mom’s.  And however your mom made meatloaf growing up is how it’s supposed to be.  Other people can make your mom’s meatloaf; the recipe isn’t a secret.  They can use other recipes, too, but that’s where they go wrong.

But the company did not disappoint.  Very much like my real family dinners, I was the first one to the table at Monell’s.  I was soon joined by Tommy from San Francisco, and Tyrese who is a Memphibian.  They are classmates at a small evangelical Christian college in Los Angeles.  Tyrese has been showing Tommy the Big East over this winter break.  I’m really very, very bad at these things, but I suspect they have a secret that would get them expelled from their super conservative school.

Shortly after we got acquainted, we met AlGordemort.  I don’t recall his name, but he had Gore’s face and Voldemort’s pasty skin and bald head.  He wore a navy blazer and a red bowtie with small yellow daisies.  He obviously got his fashion sense from the Dork Lord.  His son, a freshman at a local university, was a younger, blonde haired version of his father.  He had one of those cute names; Tanner, or Cody, or Fluffy, something like that.  I can’t remember.

I’m a big fan of the twenty dollar bill, so I spent my last day in Tennessee touring the home of Andrew Jackson, The Hermitage.  These were my five takeaways:

The tour guide told me most of his chairs were covered in horse hair.  It’s a whole new level of equestrian who lets his horses on the furniture.

Andrew Jackson was a ginger, a feature that was erased from history by every artist who ever painted him.

For a man who was pro-slavery and credited with the removal of a whole indigenous people, he sure didn’t have any compunction about letting those folks fight in his wars for him.

Andrew and Rachel Jackson were married for 54 years and by all accounts, deeply in love with and devoted to one another.  Because of all of his soldiering and politicking, Rachel figured they only spent one quarter of all of their years actually together.  The correlation between these two facts is solely mine.

Electronic interpreter devices that museums let you use for the self-guided portion of tours are not impervious to toilet water.  Woops.

This really was a ridiculous amount of luggage for one human being to use,

much less schlep for a week.

I’m sure I haven’t learned my lesson.